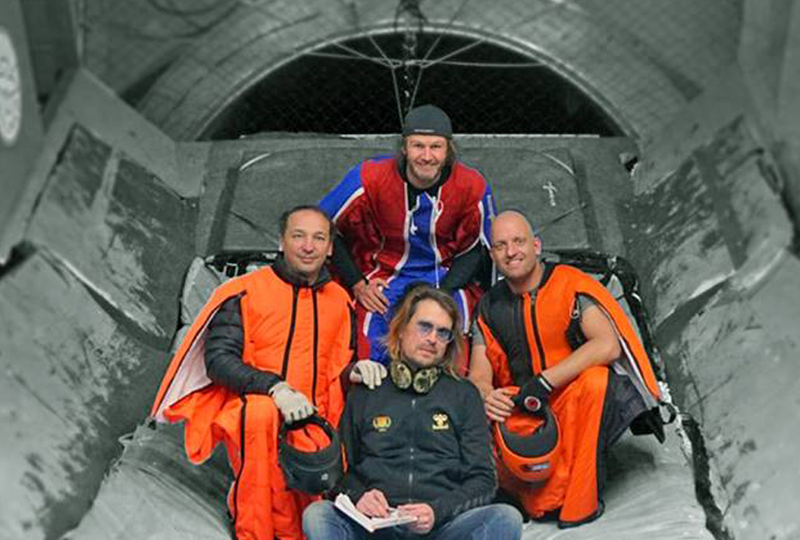 Fan shut down after the very last flight in the POC. Robert Pecnik, Tom Erik Heimen, Jonas Tholin and Jarno Cordia were among those who accomplished some really impressive flying during three intense days.

December 27–29 we made our final flights in the Proof Of Concept (POC) tunnel. We completed a series of test flights at various tunnel angles, and with many different wingsuit models. The tests aimed at exploring the possibilities of indoor flight, coaching techniques and playing with the various angles and wind speeds the tunnel is capable of.

When it comes to acrobatic flying, we pushed the limits quite a bit and succeeded in performing many advanced techniques and moves that we never had tried before in the tunnel. Of course we had the cameras rolling, so expect to see some truly jaw dropping videos here within a near future.

Now that the POC is gone, construction on the new (much bigger) tunnel is already well underway, and over the next few months we’ll be sure to keep you up to date on all progress. Sign up for our newsletter on www.flywingsuit.se/en/ to receive the latest news.